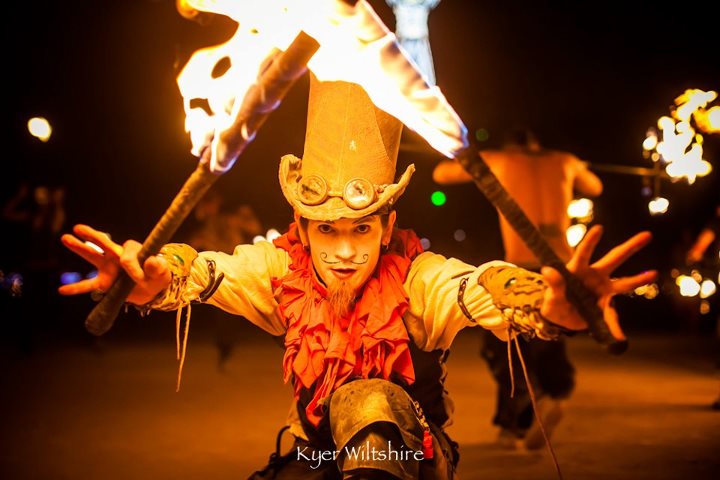 The MAN with the camera. Kyer Wiltshire captured this fantastic photo at BM2012….hot from the desert, heavily dusted in major windstorms…fun was had by all.

Six hours ago, the sun was up and I was sober. It was dark now, and I was not sober. A middle-aged man with a waxed moustache, monocle, and bowler hat was standing in front of me, looking me in the eye. “You have an excellent hug,” he said, adding, “shall we do a shot?”

I was in a bar that was built that Monday and would vanish by Sunday. Both myself and the man in the top hat were covered in a fine patina of dust, a gift from an afternoon wind and millions of years of mountains melting into four hundred square miles of impossibly flat dry lakebed—the Playa, a fractured alkali hard-pack, the desiccated void from which a strange mirage rises for one week a year. This was Burning Man.

Those who’ve never been trade in rumors: dirty hippies, drugs, naked weirdos, bad dancing. The rumors, as Twain would say, are greatly exaggerated.

Burning Man is more mainstream than ever. In the last three years over 150,000 people have made the pilgrimage to Black Rock Desert, and they’re a far cry from dirty hippies: retired high school teachers, marketing executives, Silicon Valley heavyweights, vinitors, CFOs, baristas and booksellers. Why, then, do these people dedicate a week of vacation and often thousands of dollars to attend Burning Man? There is no line-up, no headliner, no Centre Court. What could draw these masses?

Trying to explain the pull of the Playa to someone who’s never been is surprisingly difficult. As the Burning Man founders admit, it’s like trying to describe the color blue to someone who is blind.

It begins with an ethos, dictated by a smattering of principles: radical inclusion (all people and their expressions are welcome and celebrated), gifting (there is no money here so bring something to give—bloody marys, sno-cones, yoga classes, a full-service roller disco), community (everyone participates and contributes) and immediacy (live in the now and say yes to the new). Stepping into this ethos can be jarring. It requires a reorientation away from the Polaris of wealth, competition, and individualism. That can be unsettling, like a hint of negative G. Once embraced though, it is exhilarating. 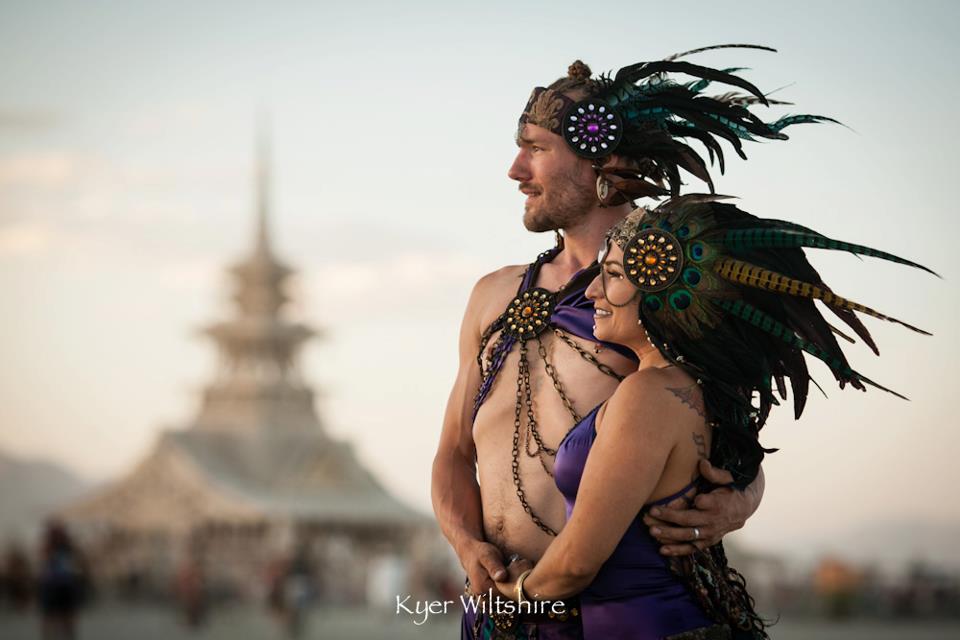 Earlier in the week my friend Ramsey and I had set up camp next to a nice older couple, Stacy and Bertrand. Within seconds of our arrival they beckoned us over for sangria. A man with a purple beard across the way shouted over that his bar would soon be built, along with his bowling lane, and we should come by for drinks. These were people with whom we’d never normally fraternize, but there we were, sipping sangria, learning about their lives. No one checked their cellphone in distraction—we were 30 miles from the nearest signal. Everyone was present and engaged.

There is more to it than this, of course. Burning Man has spectacles the likes of which are hard to fathom. Art pieces—some staggering technical achievements—dot the Playa. Other spectacles are more literal. We found a replica arena of Mad Max’s Thunderdome. Inside, cheered on by hundreds, a man called Peanut Butter was getting pummeled about the head with a foam broadsword by an Amazon named Jelly. Suspended off the ground by elastic rigging, they circled about each other, only to meet in moments of frenzy before their orbits pulled them apart.

I climbed the scaffolding to join dozens of others for a better view. From the steel limbs of our perch we wailed as blows landed—post-apocalyptic primates watching their Alphas settle a score. When the match ended, Peanut Butter and Jelly embraced, their aggression sublimating into that cathartic fraternity shared by exhausted combatants. Everyone cheered.

Galvanized, we moved out into the deep Playa, far from the lights and noise of Black Rock City. Out there the darkness pushed in, and the purple, green, and blues of distant LEDs were cast in sharp relief, like bioluminescent motes of a creature in the abyss. 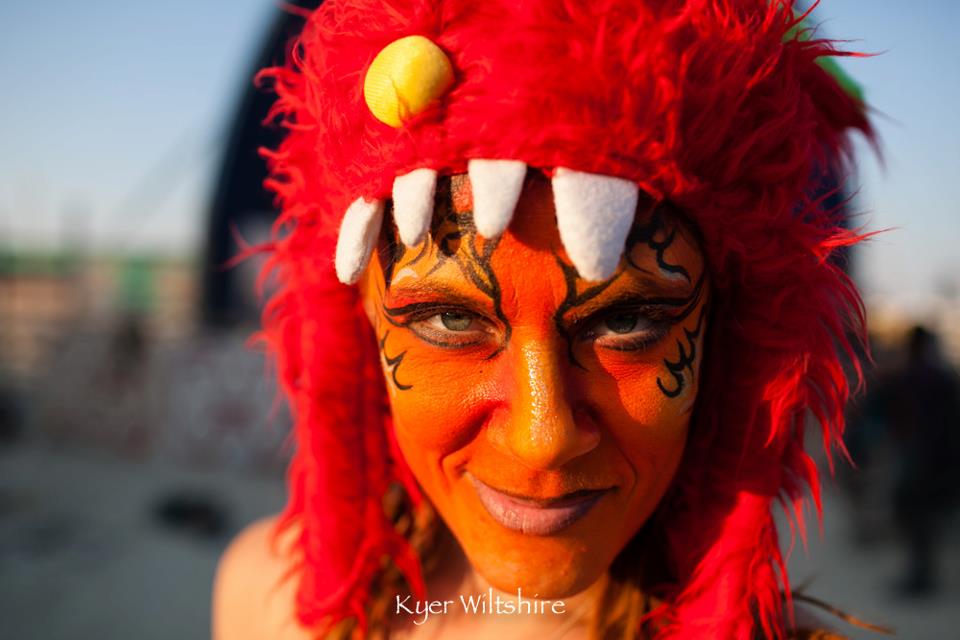 We spotted a hulking structure lumbering across the Playa—a city bus transformed by an exoskeleton of scaffolding and lights into a multi-story fever dream of revelry. We boarded and headed to the roof. From there we stood in awe of the vast neon horizon of saturnalia and passed beers between friends and strangers.

Ramsey spotted a man standing alone and struck up a conversation, which soon turned to the essential core of Burning Man. “What is it all about?” the man wondered aloud. Ramsey described how he believed Burning Man produces a concentration of the best aspects of humanity—generosity, inclusion, expression and creativity—qualities which in our everyday lives are rare earth. The man smiled and asked Ramsey if he worked for Burning Man. “No,” Ramsey answered, “I work for the United States military.”

photo by Wylie Overstreet
Properly executed, a Burning Man experience can shift the paradigm of what is important, even what makes a meaningful life. It will bring into sharp focus just how myopic we can be with our judgment of others, and it can profoundly alter one’s perspective of humanity’s potential. This is why, year after year, people of all ages from every walk of life make the trip, and it is also why, as our lives become increasingly atomized, Burning Man becomes increasingly relevant.

Burners always speak of the post-partum melancholy that descends the day they arrive back to their quotidian lives. Friends and family will ask with cocked eyebrow, “so how was it?” to which they should simply reply, “come with me next year.”